Planning a tour to Kigali? Worry no more, African Travellers Ltd assures you the best experience. We are delighted to help you make the most of your tour by helping, advising, and taking care of your needs using our high-quality expertise and experience in this field. We provide affordable packages for both economy and mid-range classes, in the capital city of Rwanda, roughly in the middle of the country. It is a city with lively restaurants and social life scenes, one of the cleanest, most organized, quietest, and safest cities in Africa.

During this 1 day's Kigali city tour, our Guide/Driver will lead you to the following sites and major tourist attractions: – 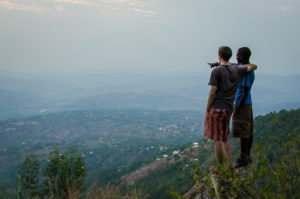 Mount Kigali: This will probably be the first place you will visit. It is not actually a mountain but the tallest of the many hills in Kigali. Mount Kigali has the highest point in the city enabling visitors to get amazing views of the city, the countryside, and beautiful hills. On top of the hill are a restaurant and a company organizing horseback safaris. 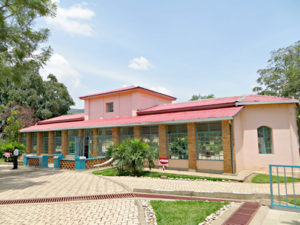 is the one who came up with the name Kigali. The Museum is found between Mount Kigali and Mount Jali. Kandt was a famous German explorer who built the very first modern building in Rwanda. The Natural History Museum is the place to go to if one is interested in learning more about the history of Kigali and the era of colonization in Rwanda. It is the oldest modern building in Rwanda. Through the Museum exhibitions and information from the resident Guides, you will learn that Kigali began as a colonial outpost in 1907. 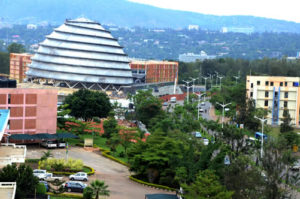 Kigali Convention Center: This is where all the major conferences, meetings, and exhibitions are held. The center is close to Kigali International Airport and can accommodate 2,500 people. The center is also home to a five-star accommodation facility known as the Radisson blue hotel with 292 rooms. Other facilities at the Kigali Convention Centre include shopping malls, arcades, small businesses, and offices. It is the perfect place to go to if one wants to visit a modern shopping arena, find good accommodation, or mingle with Rwanda’s affluent class.

The Presidential Museum: After visiting the Kandt House, the next stop is the Presidential Museum. This Museum was the statehouse or residence of Rwanda’s two former presidents. The Presidential museum connected the 1994 Rwandan Genocide in many ways. When President Habyarimana's plane was shot, it landed straight in the compound of the presidential house. A larger part of the tour is centered around the life of president Habyarimana. It was the shooting of the presidential jet and the death of Habyarimana in April 1994 that triggered a genocide that had been planned for a long time but not put in effect. You will also get to learn about other events leading to and after the Rwanda genocide after visiting this Museum.

Campaign against Genocide Museum: This relatively new museum helps inform visitors about the role of the Rwandan Patriotic Front in ending the 1994 genocide. The Museum is found at Parliament House.

Kigali Genocide Memorial Site: This site is one of the many built around the country to remember over 800,000 people who lost their lives during the 1994 genocide. This particular genocide memorial site is found in Gisozi where about 2500 people are buried. The Site has three main exhibitions – One focuses on general information about the 1994 genocide while another is a memorial of the innocent children who died during the same genocide. The third exhibition covers genocides that occurred in different parts of the world. As a visitor, you will learn about the situation before, during, and after the genocide through documentaries, videos, or personal presentations. The whole experience can be very touching but nevertheless important to educate people about the horrors of genocides so that it never happens anywhere else again. 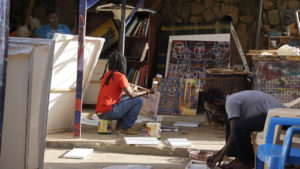 Craft Centers: After visiting the Kigali Genocide Center, the driver/guide will take you to visit the best artisan shops in Kigali where you can buy souvenirs and take them back home as a memory of your time in Kigali. The best artisan centers are Inema Art Center, Ivuka Arts studios, and Caplaki. Buying souvenirs in centers like the Caplaki Handcrafts Co-operatives is a good way of supporting the local population and especially the women who are involved in making the art pieces.

A major City Restaurant: This tour involves visiting one of the top city restaurants to taste local Rwandan food during lunch. If you want more international cuisines, you are free to

choose them over the local food. Dining at a local restaurant offers opportunities to meet the local people. Lunch may instead be taken at the Hotel des Mille collines depending on how the tour goes.

Kimironko Market: The best place to learn about the culture of a new place is in their markets. Kigali has many local markets where residents go shopping for local items and foodstuffs. Kimironko is one of the most popular for shopping for spices, herbs, vegetables, fruits, salt, meat, and fish. You will also find individuals selling different art pieces and more.

Nyamata church: This is one of the many genocide sites found in the different parts of the country and one of the most prominent in Kigali. About 50,000 people were killed inside this church. They had sought shelter in this church hoping that they would be spared by the Interahamwe. Unfortunately, the church turned out to be a death trap as the killers spared no one. On a visit, one can still see skulls, bones, blood-stained clothes, national identity cards, and machetes that were used by the Interahamwe. A mass grave can be seen outside the church where most of the victims were buried. 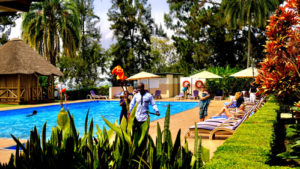 Hotel des Mille collines: Also referred to as Hotel Rwanda, Hotel des Mille collines played a major role during the 1994 Rwanda genocide. Over 1,000 residents were hidden safely within the hotel by the management as uncontrolled killings continued outside. The hotel has excellent international and local cuisines. There is also the daily buffet consisting of local food like Ibijumba and Amateke. The driver may take you to have lunch at this classy hotel as you learn about the significant role it played during the genocide. 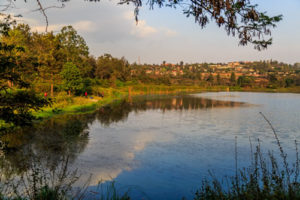 Lake Nyarutarama: If you want to mingle with the local people and communities living outside the main city center, the driver can arrange to take you to this lake. Some of the city residents go swimming and fishing in this lake. Lake Nyarutarama is one of the birding destinations in Rwanda and you can catch sight of species like the African Hobby, Bat Hawk, Cinnamon-chested Bee-eater, Cisticolas, Little Bee-eater, Red-backed Shrike, Red-chested Cuckoo, Spot-flanked Barbet, Squacco Heron, Sunbirds, Swamp Flycatcher, Yellow-billed Duck and so much more.

The city has plenty of accommodation to offer at various price ranges, for you to choose from. A tour around the city accompanied by one of our guides will leave you mesmerized by its natural beauty and attractions. There are many fun activities like climbing mount Kigali the highest hill in Kigali, and enjoying taking pictures of the beautiful scenery of the city beneath when on top. Horse riding is also one of the fun activities, you can visit the Fazenda Sengha horse ranch and have a great time horseback riding. We also offer the amazing services of motorcycle taxis where together with one of our guides you get an effective tour of the city stopping only in places of interest.

If you are interested in a little adrenaline to rush our team can prepare you to go skydiving with one of the best-experienced instructors in Rwanda. A visit to Mamba Club will have you enjoying indoor sports like bowling with good both local and international cuisines available. Just like other African destinations, Kigali is boiling with art, a visit to art galleries, art centers, and craft shops like the Inema Art Center will leave you wowed by the talent of the artists of Rwanda.